If there’s an error, at least it’s a nice one now

Compiler errors are a source of frustration for most developers, as they often force us to decipher confusing or misleading error messages. To make this a better experience we’ve taken inspiration from Elm and Rust, and we’ve modified how Encore reports into human-readable errors.

Instead of simply reporting a filename, line number, and column number with a single line of text describing the error, Encore now shows a summary of the error, the line(s) of code which caused the error, and also show other lines of code to provide additional context. 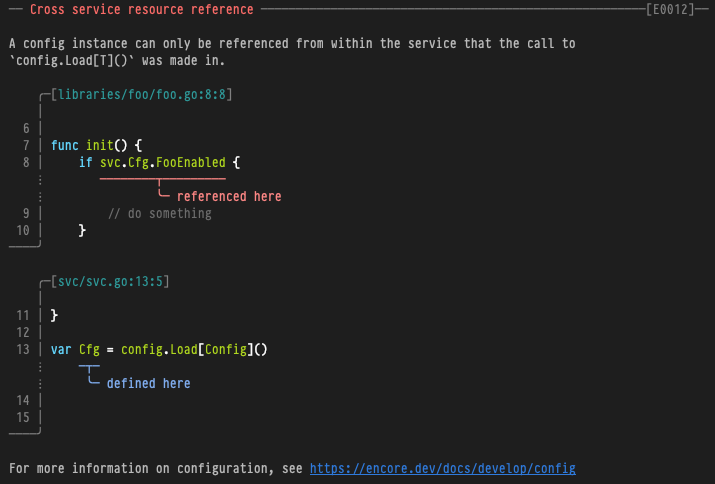 All errors returned by Encore will now render in this format. Over the coming months, we plan to improve the readability of all errors by providing additional context or help text within the error itself.

We are happy to announce that Encore now has an official plugin for GoLand and IntelliJ. The plugin allows you to run unit tests on Encore applications from the comfort of your IDE, as well as allowing you to run those same tests in debug mode with breakpoint support! 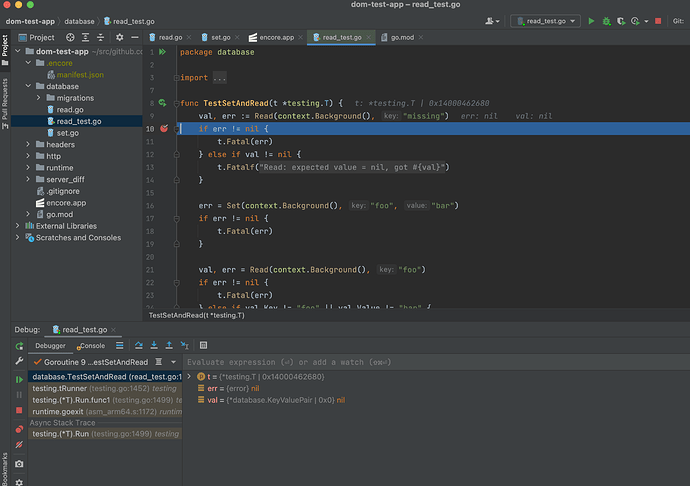 As with Encore itself, the plugin is open source. Bug reports and contributions are welcome at encoredev/intellij-plugin.

Bugfixes and other improvements

We’re always thankful when we get feedback and bug reports from anyone using Encore. Here are some improvements we’ve made lately, thanks to your input:

Thanks to our contributors

We rely on the community to improve Encore, and we’re overwhelmed by your support and encouragement. A huge thank you to @kVarunkk, @eddy-geek, @AM1TB, @Minivera, @michizhou for your contributions to this release!

Over the next couple of weeks, we’re super excited to announce we’ll be releasing Encore native support for per-service configuration, powered by the CUE language. Remember to vote on your favourite feature on the roadmap!

We’re excited to hear your feedback!

Catch you in the cloud,
Dom & the Encore team